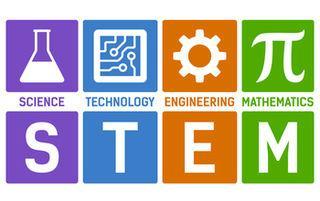 STEM Week here at St Mary’s is a week where all of the children have the chance to take part in exciting and engaging learning in Science, Technology, Engineering and Maths.  Children in Foundation Stage and Year 5 experienced the wonders of the planetarium; a brilliant resource provided to us by the University of Hull free of charge! Every year group enjoyed a visit from a parent/carer with a STEM-related job and it has been great to hear children talking about how they would now like to become engineers, chemists and scientists as a result of finding out more about these roles. One of the many highlights of the week was our Key Stage Two Science Fair on Thursday afternoon. The children worked so hard on their science projects, all of which focussed on the children attempting to solve a problem which they cared about. It was very impressive the amount of effort the children had put in to their projects and the commitment and passion they demonstrated for the issue they were trying to solve.
The week really was a success and it was wonderful to see the children so absorbed in their learning, displaying such high levels of enthusiasm and curiosity. A massive thank you to Miss Hart , to all of the staff and parents/carers who gave up their time to provide the children with memorable and enjoyable learning opportunities.

EYFS enjoyed a visit from Dr Benoit looking at Space travel and also experienced the Planetarium.

Year 1 had visits from a railway engineer, Scientists and BP (looking at protective clothing).

Year 4 had a visit from Croda looking at why some liquids mix and other do not. They also took part in science experiments using lemons and maths,.

Year 5 had a visit from Chemist, Mr Dunstan looking at Electron Microscopy. They also took part in a range of STEM activities including making bridges

The Science Fair was the highlight of the week with lots of children taking part and showcasing their projects. Below are the winning projects.

They explained :-We made a drone that shoots nitrogen. It does this by using nitrogen membrane generators to create a fabric wall that harvests the nitrogen, then stores it in a fridge type box. Then it uses heat cameras to detect the fire and shoots nitrogen out of the air guns to extinguish the fire.

A group of girls in Year 4 won the Conservation Award for their idea of reusing bath water.

A girl in Year 3 won the Sustainability Award for her torch made from recycled rubbish.